Black Desert Online (BDO) holds an annual calendar contest for players to have a chance at their seasonal screenshots be included in next year’s calendar. Players can submit up to three screenshots in each seasonal category: Spring, Summer, Autumn, Halloween, and Winter. BDO staff then chooses one from each player’s set and that one will be voted on by other players. Check out the 2019 winners.

To help players with submissions—or new players like me who didn’t know about this annual contest and who haven’t been taking screenshots with it in mind throughout the year—BDO changes the season in game for a few days. Once the Halloween decorations are taken down, cherry blossom trees are added for spring, then tulips for summer, autumn leaves for fall, and rain changes to snow for winter. That means for winter you have to either chase the snow or stay put and hope it will eventually snow on your chosen photo shoot location.

BDO’s screenshot tool is, well, it’s a tool in and of itself. It takes some practice to learn the controls, and then even more practice to use them in a way that gets good results. It can be time consuming, especially for n00bs like me. The hardest part is selecting three images from the hundreds taken for each season!

I’ve learned a lot these past few weeks and even started using Ansel—just yesterday, in fact! There’s a lot you can do—the 360° feature is super fun—and I can’t wait to try it in other games. Disclaimer: outside editing isn’t allowed for this contest, so none of my submissions were taken using Ansel.

So, with that lengthy preamble out of the way, these are my submissions. I missed Spring because I was grinding Zandalari reputation while the Darkmoon Faire was in town. 😁 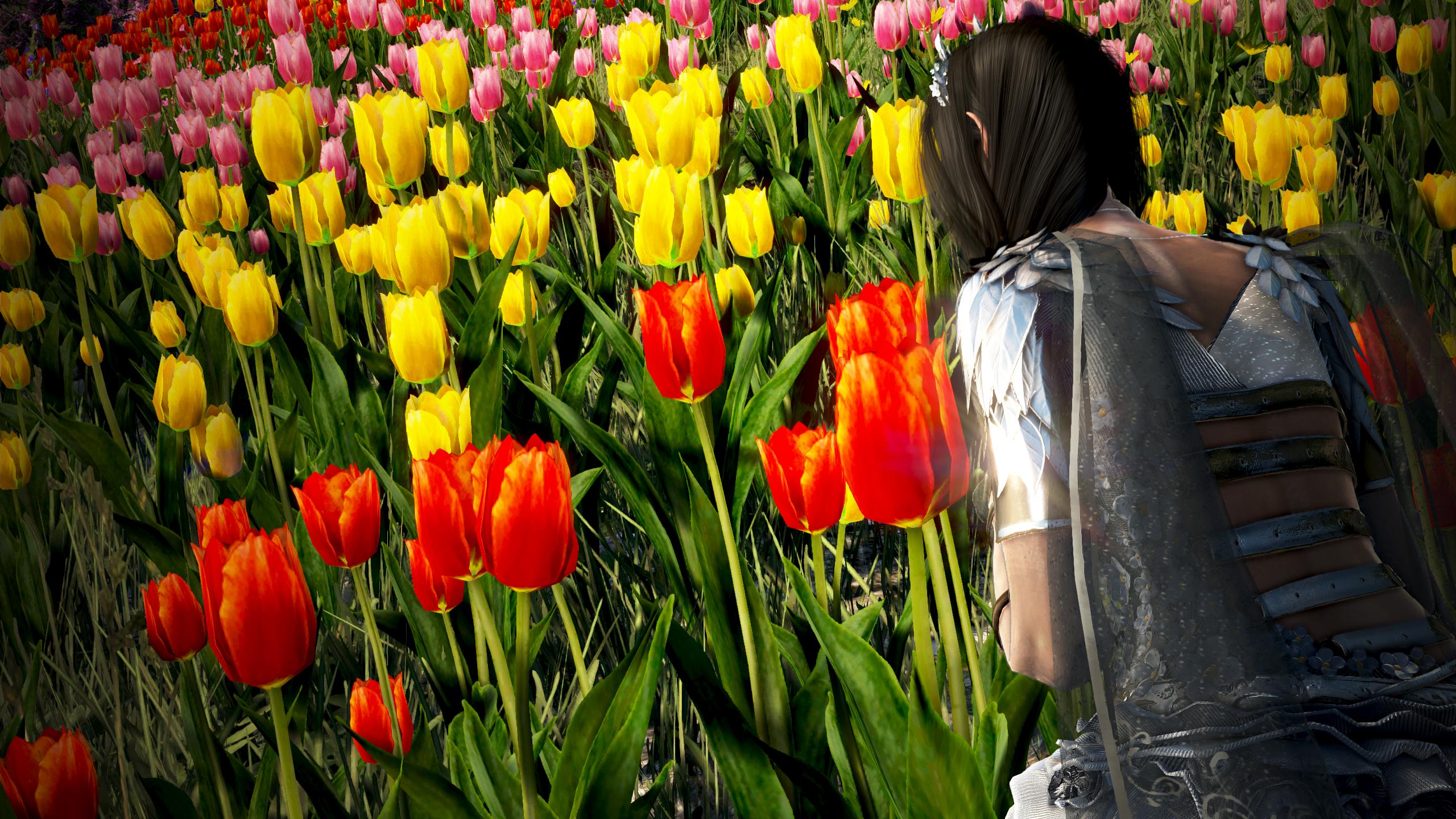 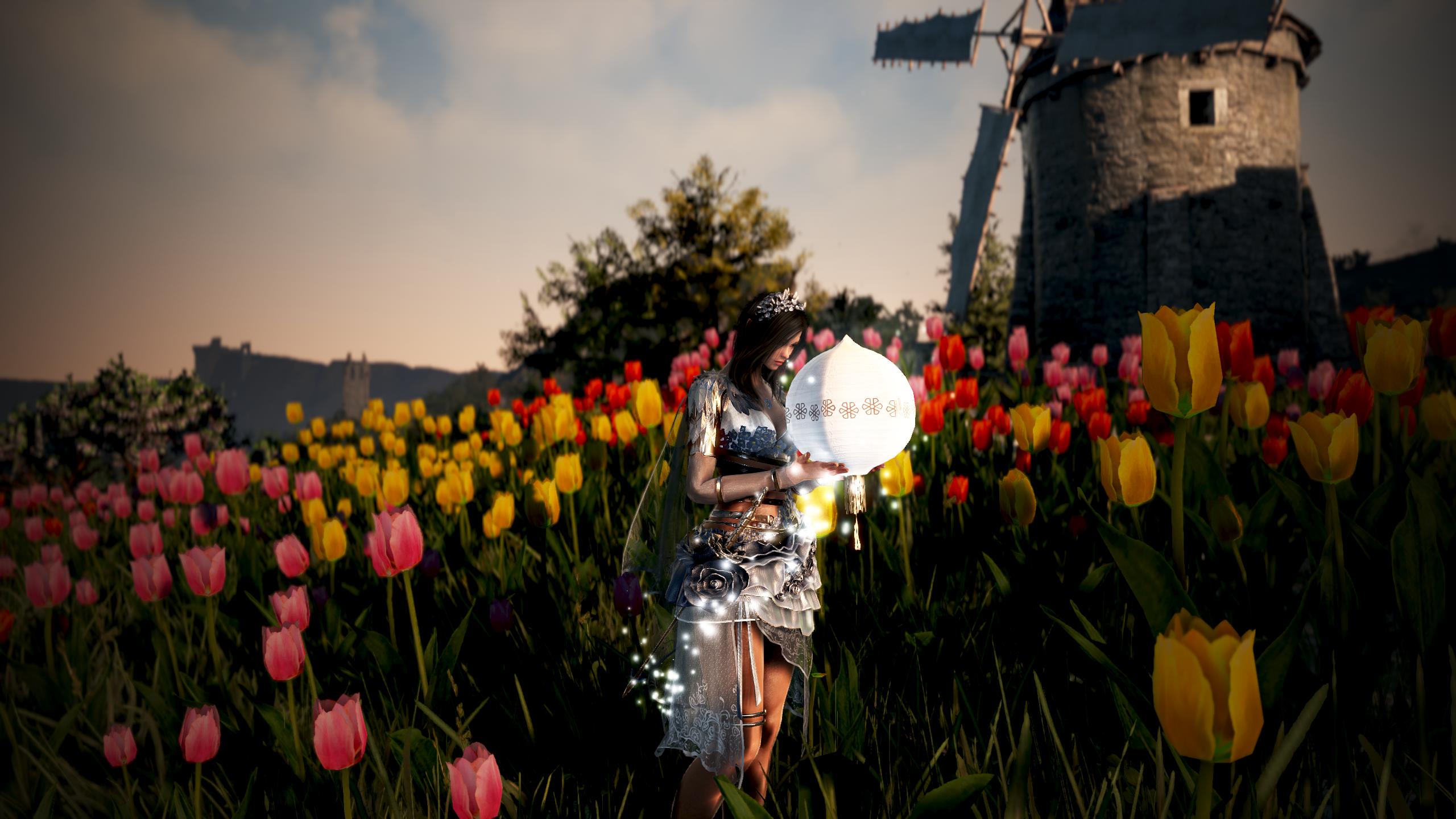 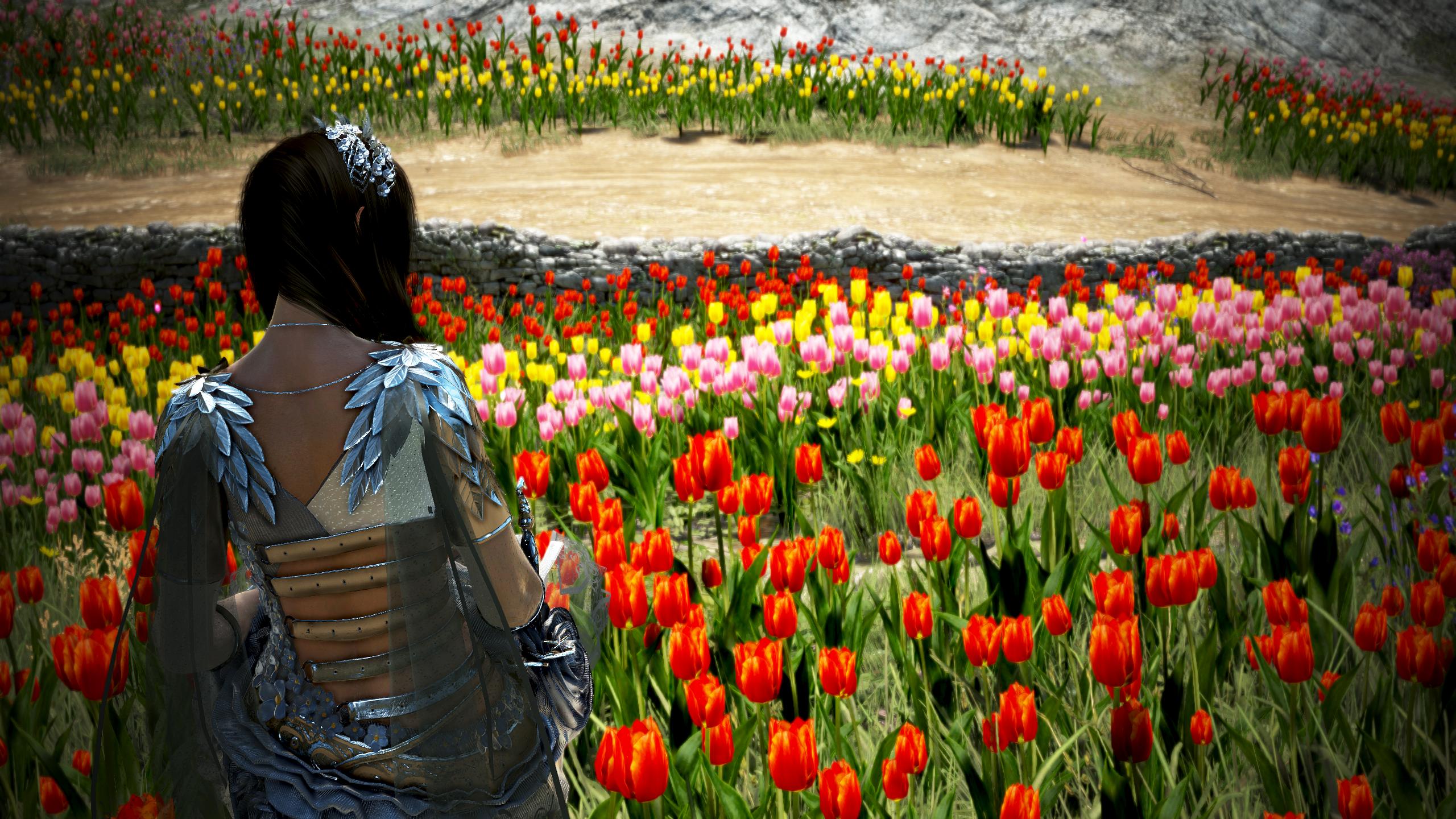 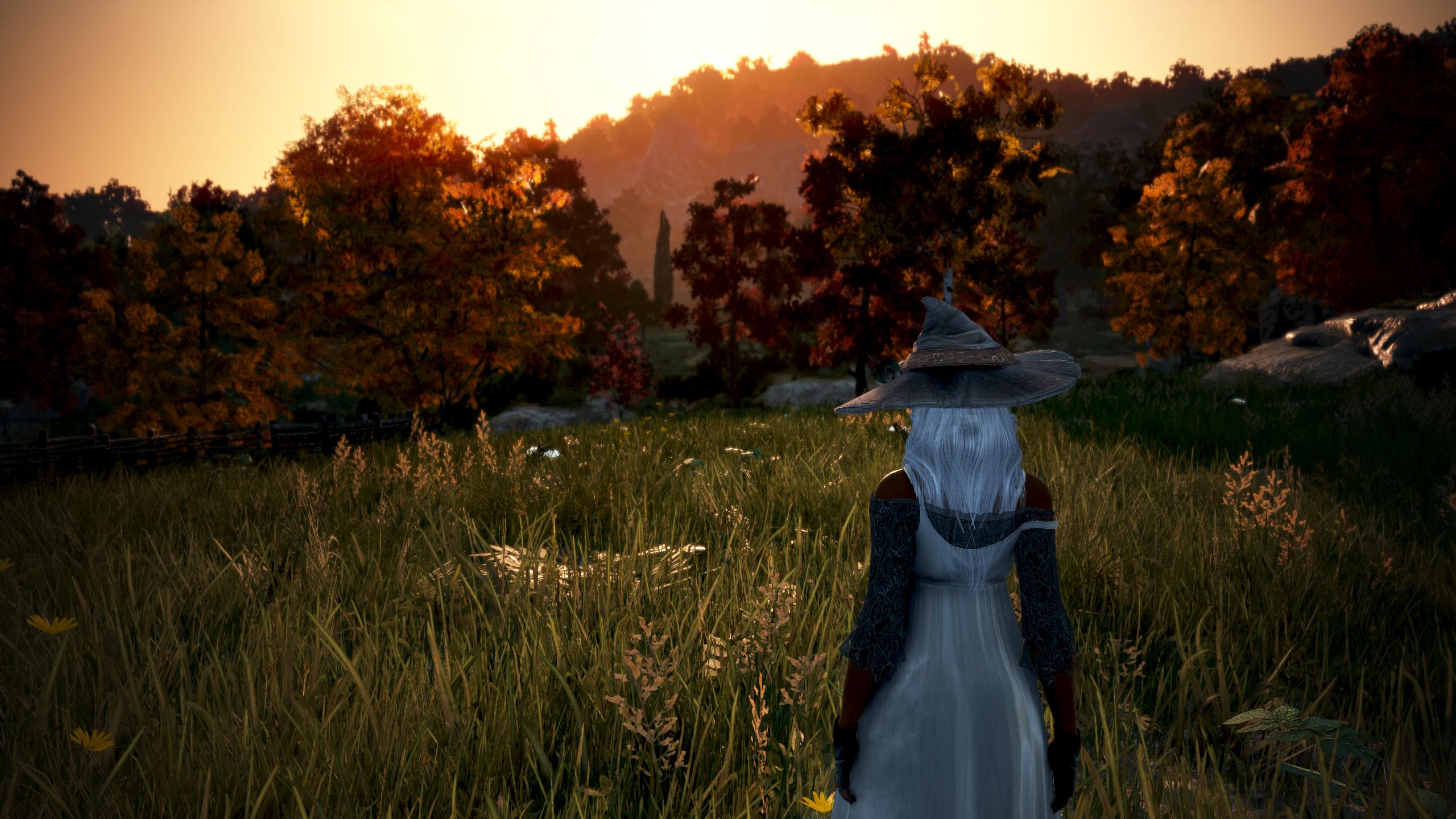 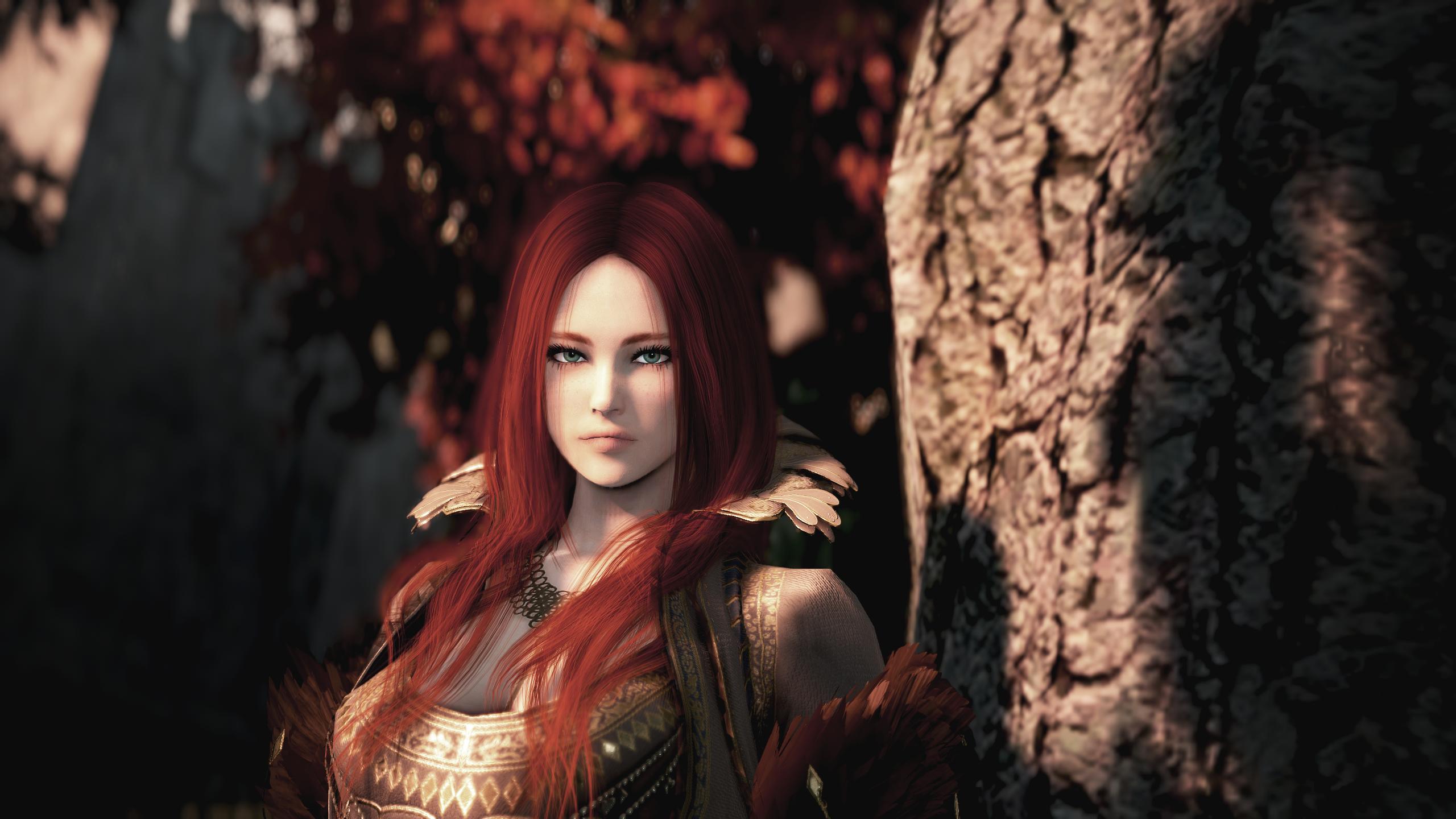 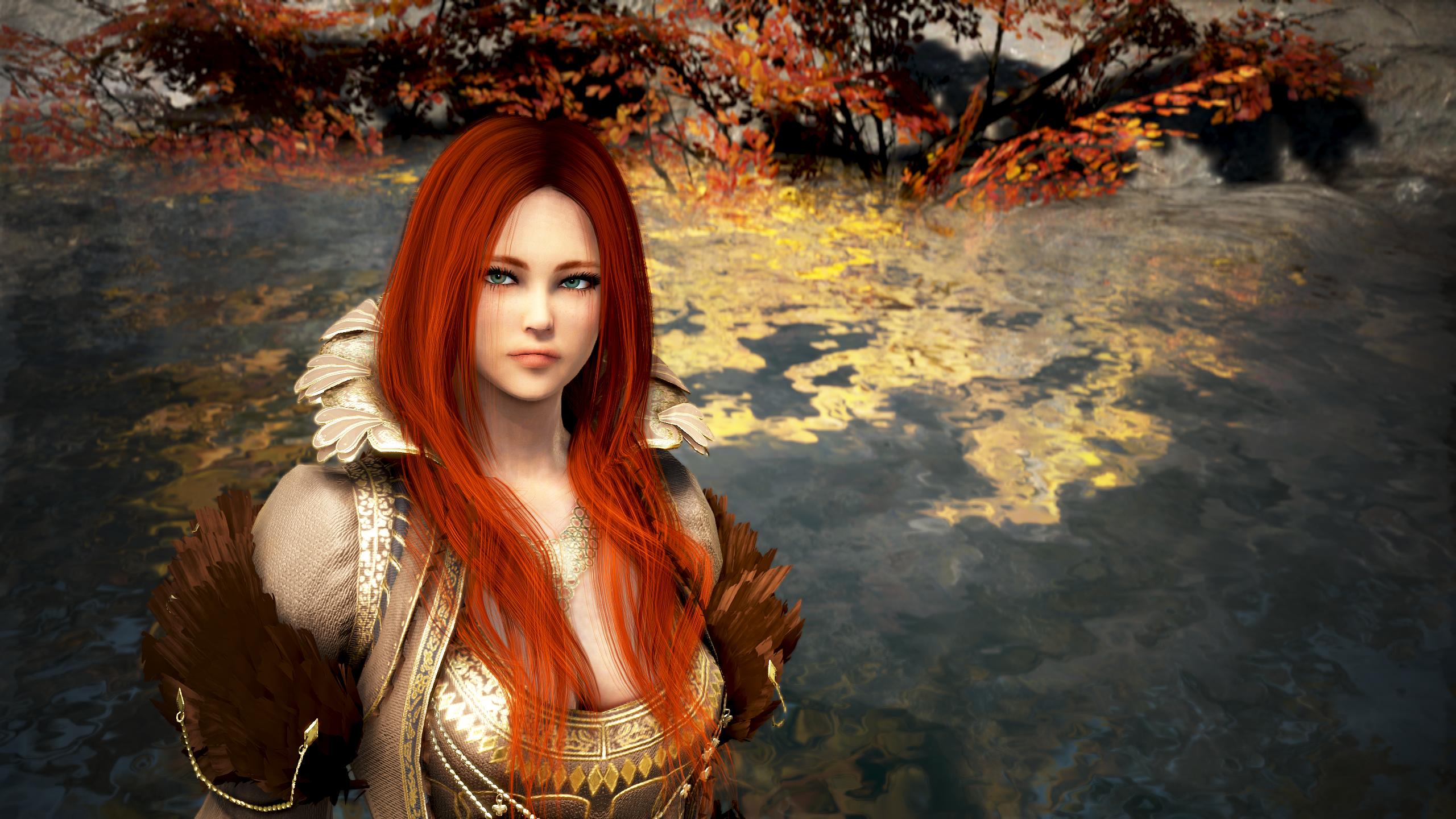 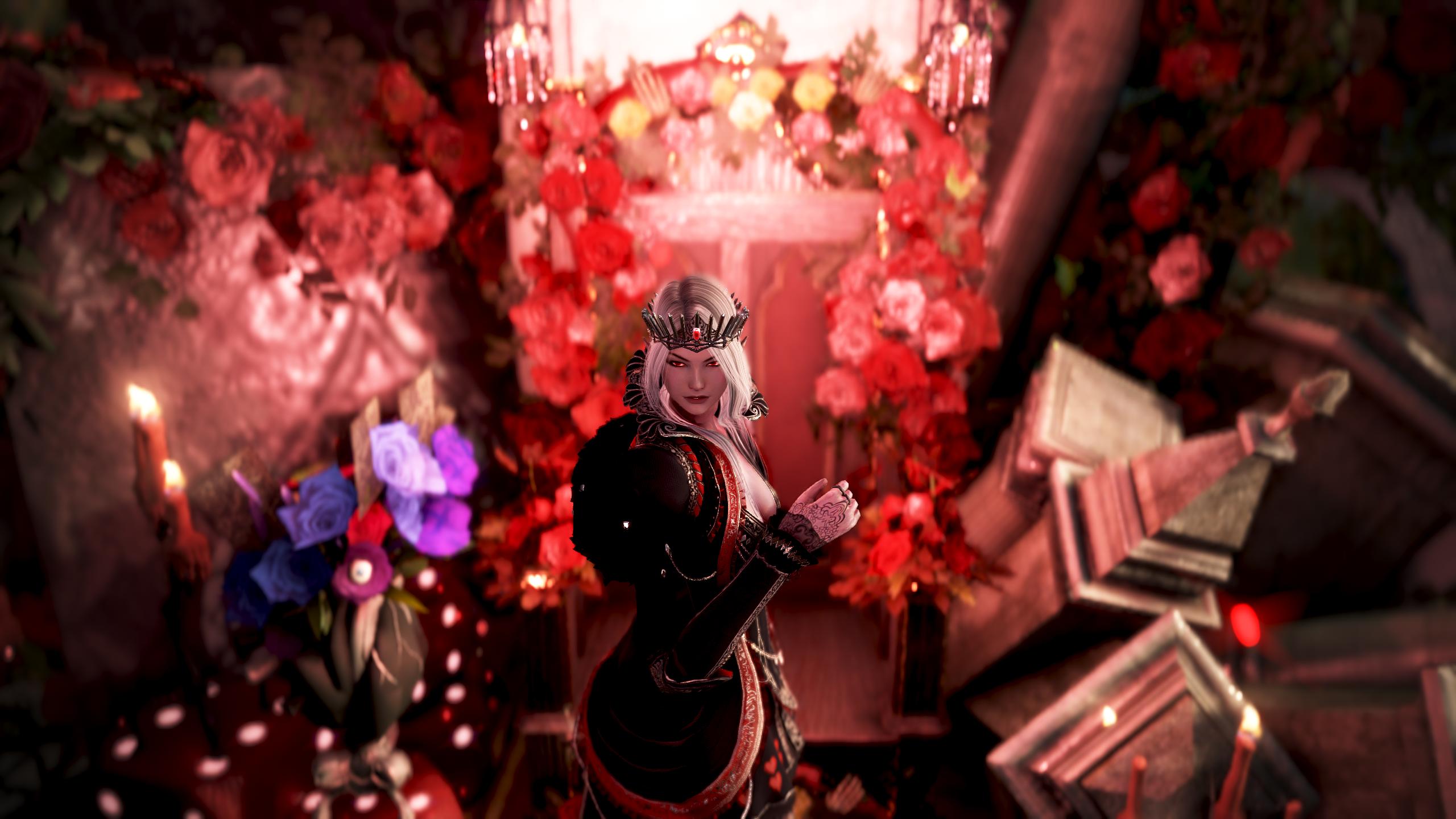 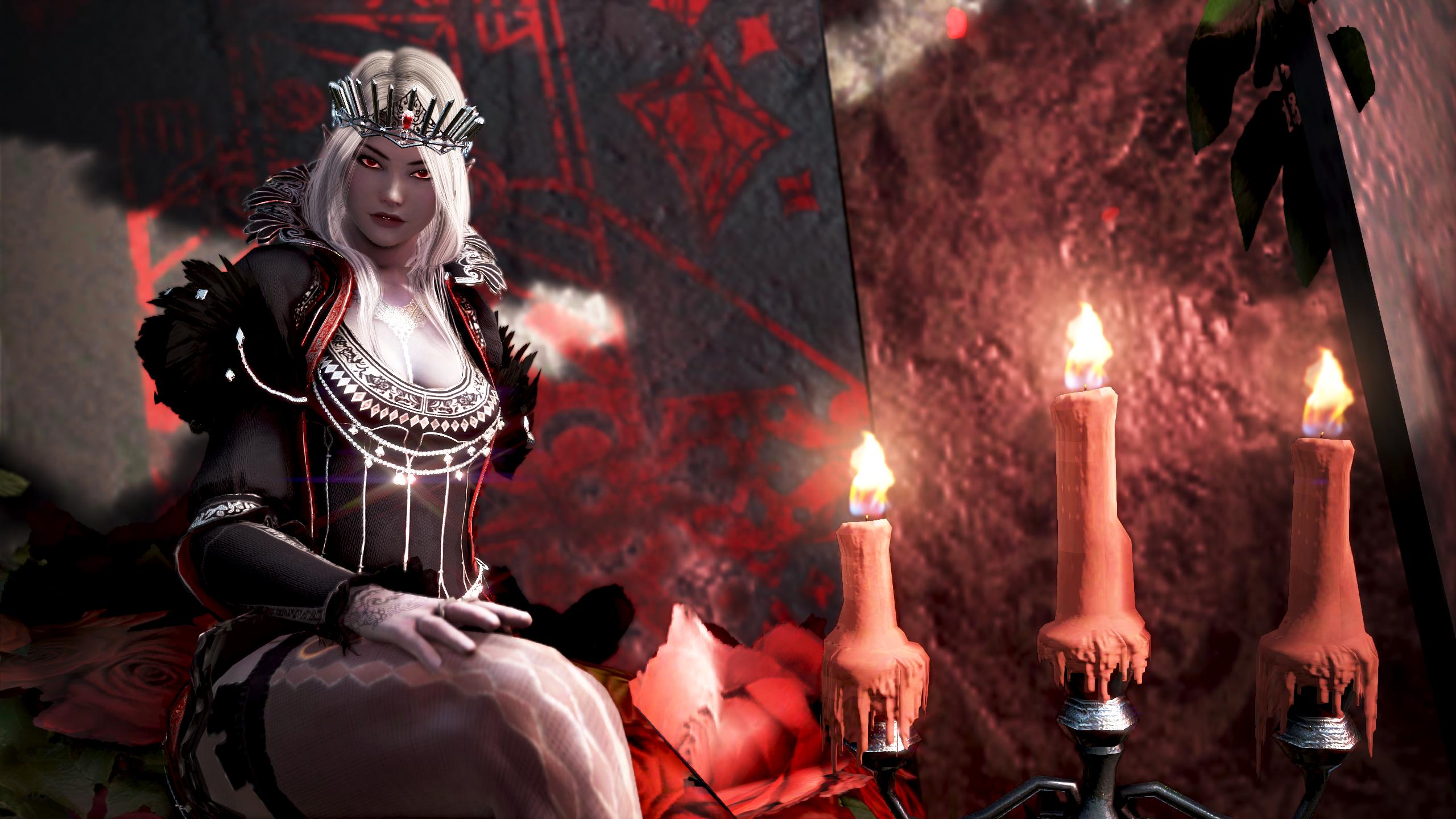 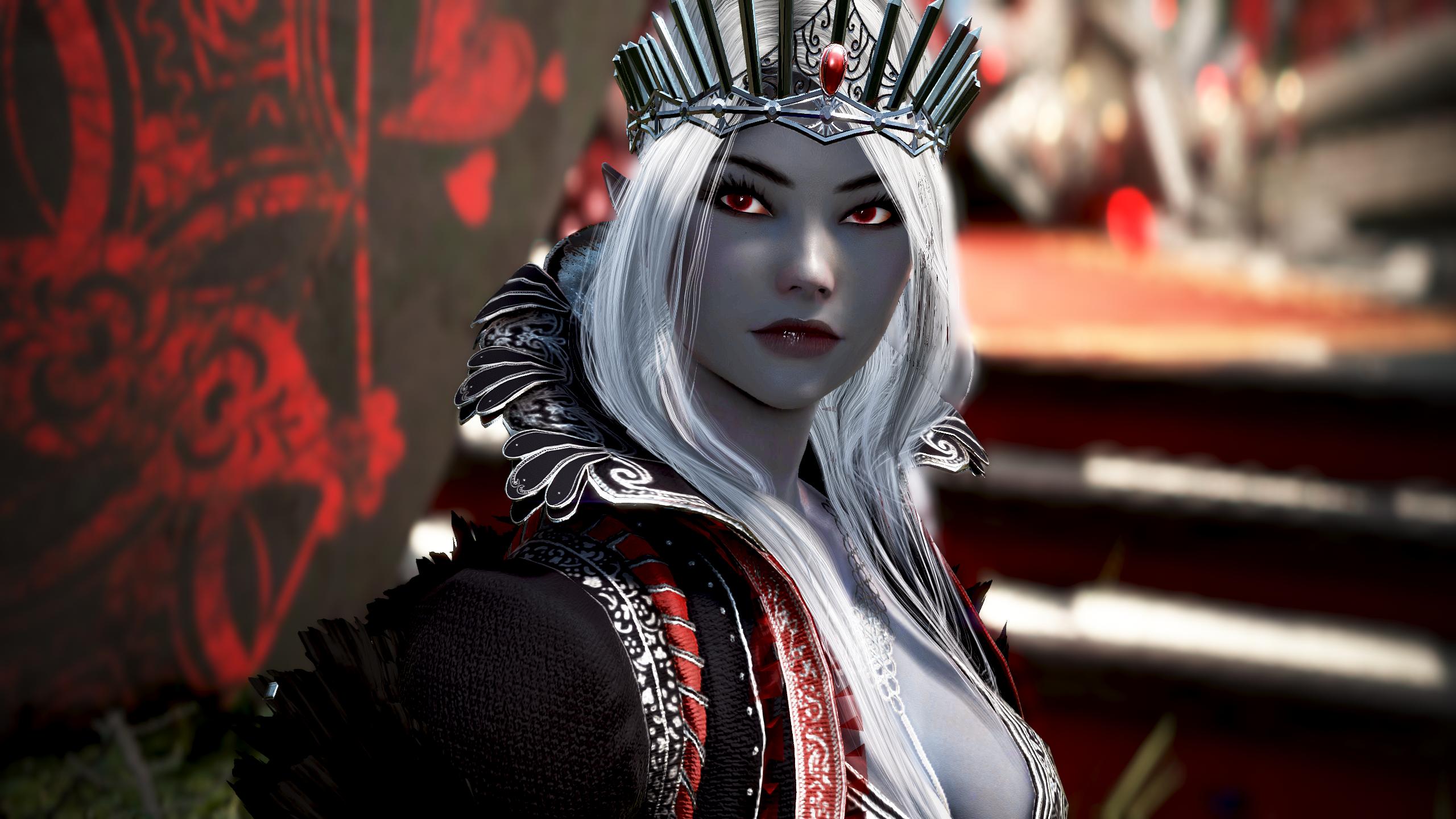 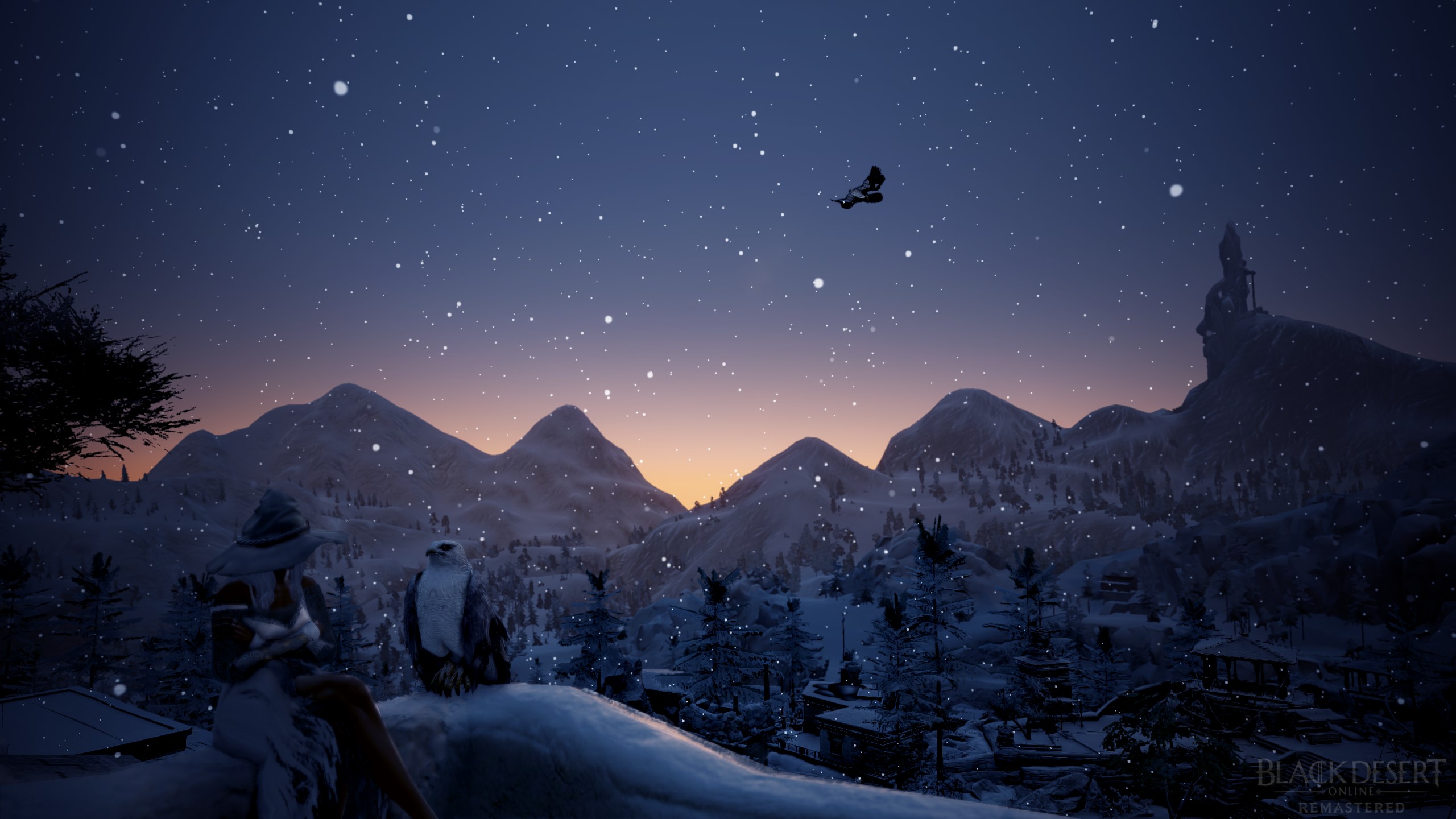 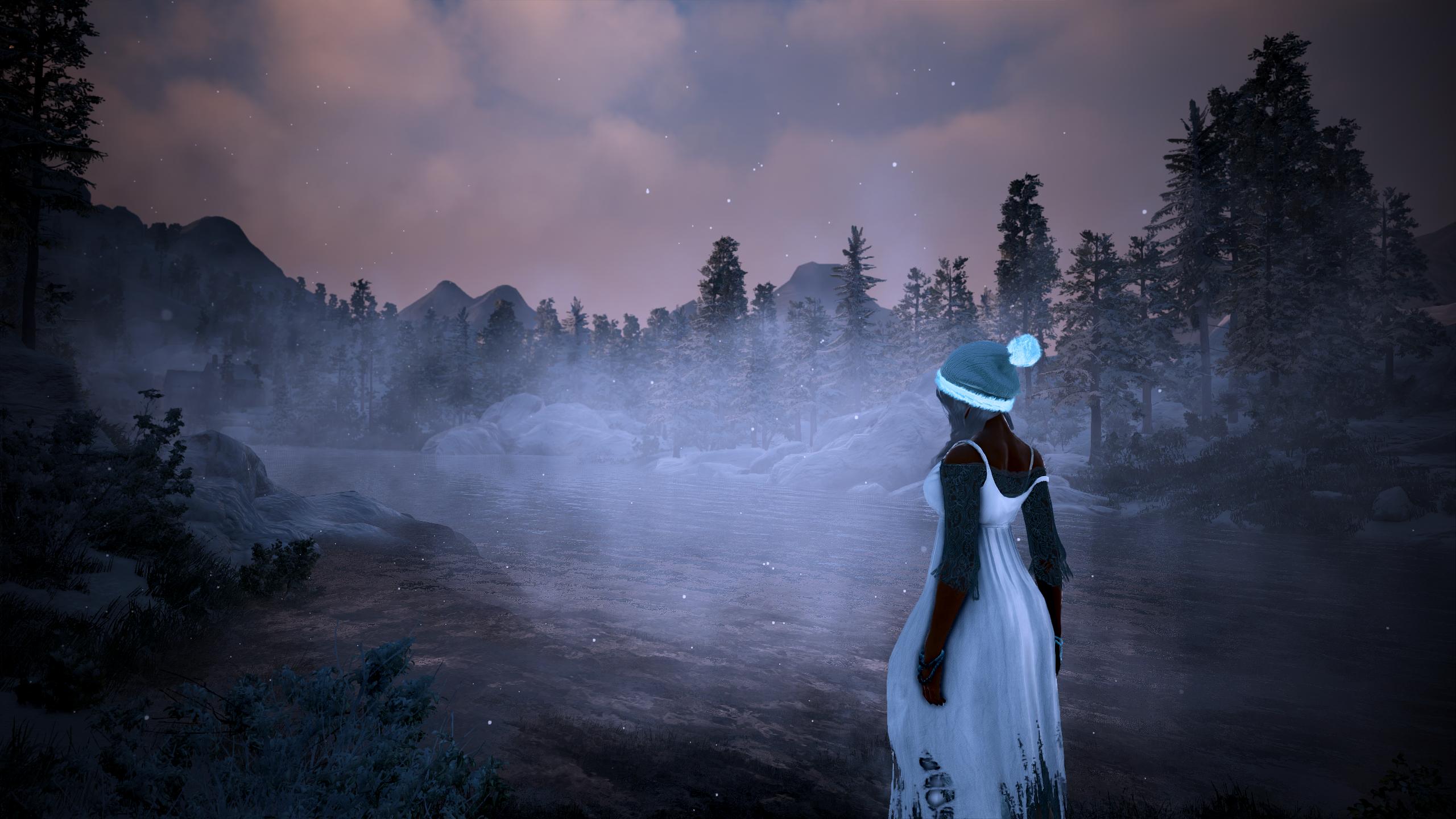 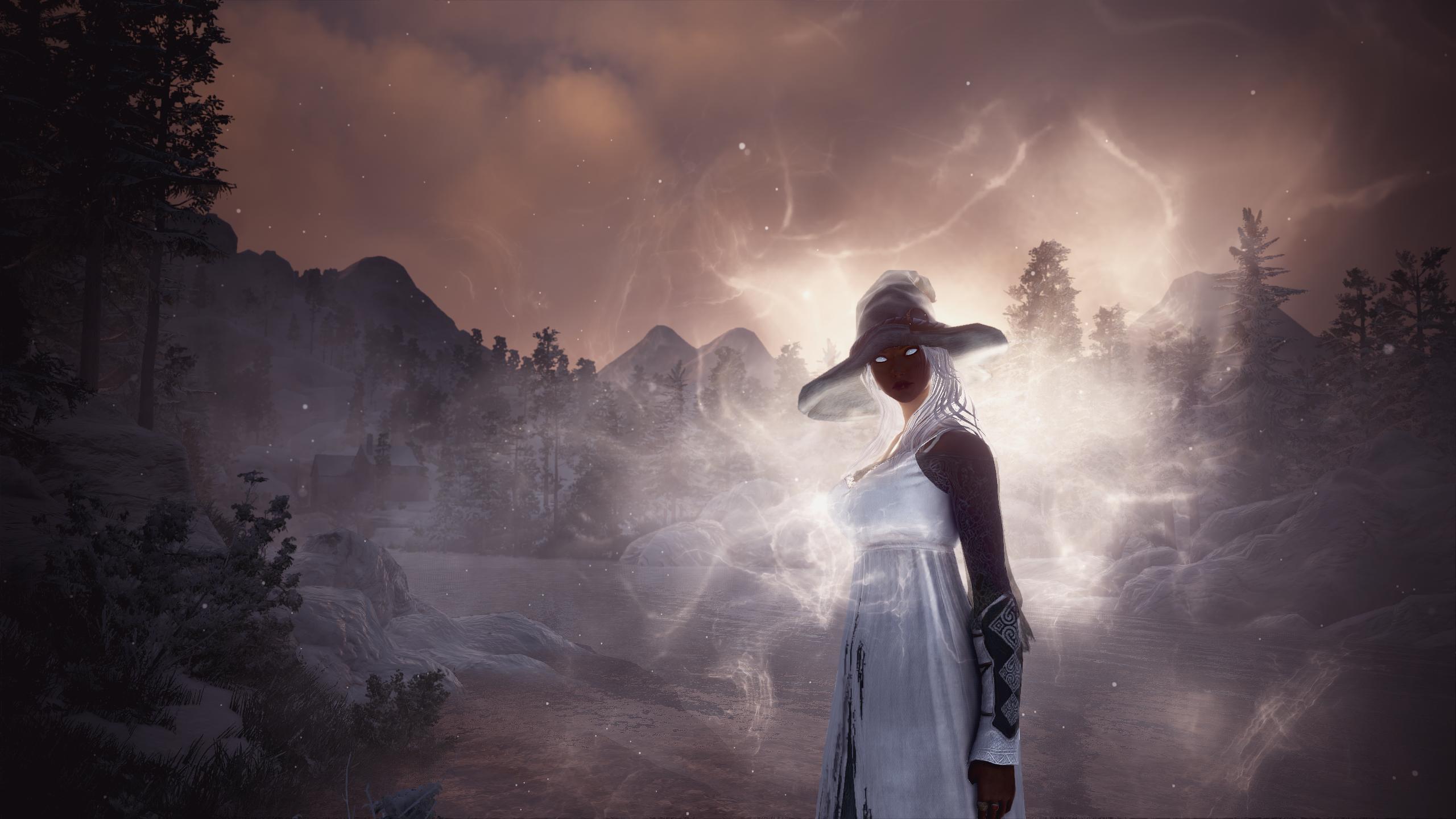 Oh my word! It’s been more than a month since my last post. I didn’t realize that much time had passed.

I must apologize for my inconsistent content. I don’t focus on one subject/topic and may come across as being all over the place. It’s probably because I am. I often publish posts declaring intentions of doing x, y, or, z in this game or that game… or even in my life (flashback to the “getting healthy” and “photo-a-day” post series that fizzled out) and either never do them or change my mind… a lot.

So with Warcraft Classic, what I intended to do and shared here in the blog isn’t what has actually transpired. I have found myself playing my original Night Elf druid, the one I lost when Blizzard updated character models and who no longer exists in retail.

Just today, she completed the quest to learn aquatic form. I spent a lot of time swimming around continents exploring in Vanilla. Swimming around the top of Kalimdor—from Darkshore—is how I discovered Azshara back then!

I’m leveling her without a care for what’s best. She’s a caster—a nature mage!—and a tailor so she can make her own gear, and bags. She picks herbs and flowers in the wild and sends them to a rogue alchemist-in-training.

It’s really nice revisiting how Azeroth was before the cataclysm. Arriving at the intact Auberdine and talking with the very much alive Gwennyth Bly’Leggonde feels like coming home.

I’m doing other things in Classic, but not sharing them yet in case I might change my mind!

In retail, I updated my Lady Worgen.

I also obtained the Tauren heritage armor set. I haven’t applied it yet, so not screenshots of Aubari wearing the set. I do love being able to summon my spirit guide! I only wish it would stay around a while longer.

I even made another attempt at working toward getting the Zandalari as an Allied Race. I thought I was working on the Tides of Vengeance requirement but it turned out to be Ready for War. I’m embarrassed to admit that I’m so confused about what I should be doing. Having to look up guides to know what to do is ridiculous. What am I missing in game? I feel dumb that I can’t figure it out on my own and I get overwhelmed, frustrated, and lose interest.

As retail is—to me—more of a to do list type experience, an IN GAME checklist type interface that shows you how to progress toward a specific goal and where you are as you progress would help. Or maybe it’s there and I’ve missed it? Or maybe…

I’ll figure it out eventually and get around to unlocking Zandalari. Especially with the Shadowlands expansion coming and those glorious new character customization options! Did you see those? Unlocking Allied Races is a good thing to work on between now and then. As is cleaning up my account.

I’m working on a post about that, so stay tuned!

In Black Desert Online, I’m taking a break from creating characters. Primarily because I don’t want to use a value pack, a 30-day “buff” that increases your xp gains and allows you to customize your character, among other things. If I have a value pack running, I’ll feel obliged to play so I don’t waste it.

If you aren’t following me on Instagram or Twitter, here are a few from my recent Tamer class set. As it turns out, they are all elfkin! The left side is in character creation and the right is in game. They can look different in game, so I like to show them side by side.

Click/tap on the image to learn about their names, and for more pics.

I started playing Black Desert Online (BDO)  earlier this year. I had it sitting in Steam for awhile and decided to install it. I’m glad I did! I forgot it had interested me because the character creation system is one of, if not THE, best out there. I haven’t tried them all, so I can’t say for certain.

I have found that creating characters in BDO pairs very nicely with my obsession for creating/researching names. Virtually, I can bring them to life!

Once I complete a template, I add it to the in-game Beauty Album where other players can download and apply it to their own characters. Then I take screenshots and share them on Instagram and Twitter. Below are the most recent ones I’ve shared. To see them all (and their names!), I linked them below and added a page for each class under BDO Templates in the menu. I’ll update these pages and add new ones as I create more templates.

The Morrígan sisters are named after a mythological Irish goddess of battle. It was said she could shift into the shape of a raven or crow. They are available in the beauty album.
Basandre | NA@BDO_News #BDO #BlackDesert #BlackDesertOnline #BDOTemplates #BDOSorceress #Sorceress pic.twitter.com/tccP3zoR9s